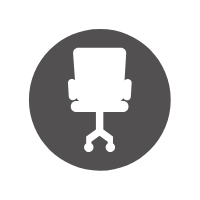 Not everyone is a natural when it comes to interior design, but there are no shortage of hacks and tips for creating the home of your dreams. This blog was created in order to share what we think are the best tips around for interior design novices who are looking to transform their home decor but aren't sure where to start. We post about a wide variety of topics, such as the impact of colour schemes on the atmosphere of a room, matching wall colourways with soft furnishings and using accessories to brighten up a room. We hope our posts are useful and informative.

A security screen is a type of mesh installed on a …

If you have a small bathroom, you probably want to …

If your cafe looks rundown, here are some easy thi …

When some people think of joinery, they automatica …

Tips For Revamping Your Home Decor

If you have a small bathroom, you probably want to do what you can to make it feel larger if you're renovating. One approach is to install a glass shower screen. To create a sense of spaciousness in the bathroom, customise the shower to be as invisible as possible so the room will feel like one open, unified area. Prominent and dominant showers segregate the area from the open floor space, visually shrinking the room, so you want to avoid this. To make your shower as discreet and unobtrusive as possible, consider the following tips.

The first tip is to install shower screens with as little framing as possible. Frameless screens are the most effective space-savers because they appear the most invisible. On the other hand, fully framed screens draw attention to themselves, and they visually segment the bathroom into two separate areas. As a result, the room feels smaller. Semi-framed screens are a compromise that will help to open up a compact bathroom.

The second tip is to install transparent glass screens rather than frosted ones. A frosted shower does provide privacy and decoration, but the etching blocks the view into the shower. As a result, the open area you can clearly see will be smaller, and the bathroom will feel more cramped. Standard clear glass has a green tinge. If you want to maximise the enclosure's invisibility, you could install low-iron panels that are not greenish.

Another tip on customising your new glass shower to make the bathroom feel more spacious is to install floor-to-ceiling screens. These showers lack a horizontal boundary along the glass's top edge, which subtly helps to minimise visual clutter. Floor-to-ceiling screens are ultra-minimal, and they allow beautiful full tiling or vanity units to be the star of the bathroom.

Suppose you've implemented the above tips to make the shower as invisible as possible. In that case, you probably don't want to ruin things by fitting oversized and chunky shower door handles that attract attention. To create the most unobtrusive shower, you need a discreet handle. You could select a slim pull knob which is small and elegant.

Customising your shower in specific ways can help to open up your bathroom and make it appear larger. The aim is to render the shower as invisible as possible so that it doesn't dominate and segregate the room. You can do this by using less framing and transparent glass shower screens that extend from floor to ceiling. Also, install slim handles. You may not be able to implement all of these tips, but each one alone will help.